Creating Inclusive and Equitable Municipalities: What stage are you?

Presented in collaboration with Shaw Communications

Municipal leaders know that cities and communities are at the forefront of the mission to create a more diverse, inclusive Canada. Yet municipal leaders often find themselves unsure where to start, anxious about taking the next step, or struggling to understand how equity work translates to meaningful change in their communities. How do we look to reimagine government policies, procedures, and processes to build more equitable communities?

FCM is proud to present Creating Inclusive and Equitable Communities: What stage are you? alongside our partner Shaw Communications as the next edition of the FCM Collective webinar series. This 60-minute discussion features municipal leaders from across Canada reflecting on the journeys their communities have taken to tackle the challenge of becoming more inclusive, and how they have confronted racism and the invisible intersections of public policy and demographics in the process. In this session, you will learn more about:

Salima Ebrahim, Chief of Staff for the City of Edmonton 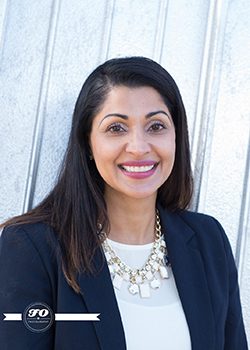 Salima Ebrahim is the Chief of Staff for the City of Edmonton, and formerly the head of External and Intergovernmental Relations for the City. Prior to joining the City of Edmonton, she was the Executive Director of the Banff Forum. She spent a number of years in Toronto and Abu Dhabi as a management consultant with Deloitte and was a former fellow with the United Nations Office of the High Commissioner for Human Rights, based in Geneva.

Salima is an active volunteer and is currently serving as a Director with CARE Canada and is a board member with Pier 21, Canada’s Immigration Museum. She is an alumnus of the University of Alberta (BA, Political Science and Sociology) and the London School of Economics (MSc, Public Policy and Administration), and has received several awards for public service leadership, including being a recipient of Avenue Magazine’s Top 40 under 40, a SHEInnovator that profiles Alberta women who are working to solve complex challenges in our province, and a national “Women Who Inspire'' recipient. 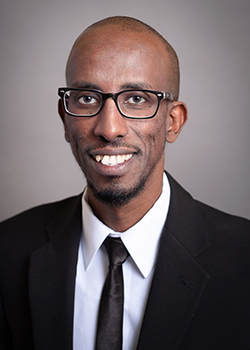 Sharmarke Dubow is a Victoria City Councilor and United Nations human rights fellow. Sharmarke strongly believes that City leaders ought to focus not only on service delivery, but on efforts that create a sense of participation and belonging, to the benefit of all community members.

He holds a BA in Business Technology from the University of Cape Breton and has a background working in refugee issues, community development and governance. 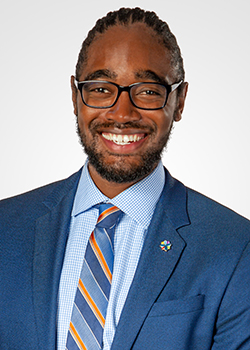 Lindell Smith is a lifelong resident of North End Halifax, and a proud father of a beautiful daughter. He has a proven commitment to working within his community and has dedicated himself to serving it.

He is a co-founder of Center Line Studio, a non-profit recording studio for youth who want to express themselves through art and music. In keeping with his concern for the whole community and its diverse needs, and in response to the rapid growth and changes within his neighbourhood, Lindell, along with other community leaders, started “The One North End Project”.

Lindell was the recipient of the Lieutenant Governor’s Award for Education and Community Service; and was chosen as one of five Youth Rising Stars for Nova Scotia.

In November 2016, Lindell was elected as City Councillor for District 8 Halifax Peninsula North. In 2020, he was re-elected to represent District 8. Lindell sits on various boards and committees and is currently the Chair of the Halifax Board of Police Commissioners and FCM’s Anti-Racism and Equity Standing Committee. 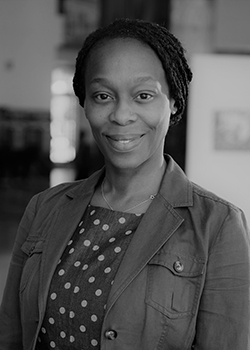 Stephanie is the Program Manager of the Equity Secretariat within the Gender and Race Equity, Inclusion, Indigenous Relations and Social Development Service of Community and Social Services. The Equity Secretariat is responsible for the City’s Corporate Diversity and Inclusion Plan (CDIP) approved by Council in September 2021, the actions of which are a primary driver of a culture shift to move the organization away from historical policies, programs and practices that favour some and disadvantage others, to those that recognize the value of lived experience from employee hire to retirement and eliminate past employment disparities. Stephanie joined the City of Ottawa in 2007 as an Employee Assistance Program (EAP) Counsellor after completing her Master of Arts Degree in Counselling at Saint Paul University, and has since managed units that have led the development of the City’s Psychologically Healthy Workplace Roadmap, the creation of the City’s Conflict Management Model, and the creation of the Community Champions Table Network, a network of community members representing diverse communities who come together to discuss issues and provide feedback on diversity, inclusion and outreach initiatives from an intersectional and inclusive lens in support of the City of Ottawa Equity and Diversity Policy and the Corporate Diversity and Inclusion Plan.  She is a Registered Psychotherapist (Inactive), in good standing and an experienced mediator having gained her Third-Party Neutral Certificate from the Canadian Institute for Conflict Resolution (CICR).